Malignant Melanoma - How I Saved My Life 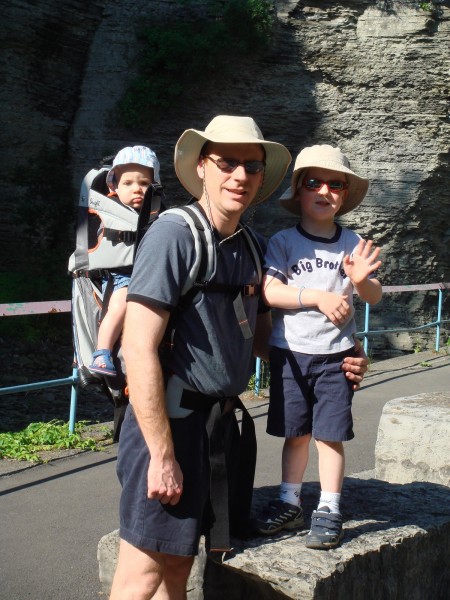 Did you know approximately 20 out of every 100,000 light-skinned people will develop malignant melanoma? With odds like that you might not think it’s worth it to give much thought to this cancer. But malignant melanoma is real. I was one of those 20 in 100,000. My story isn’t unusual. In fact, you may find that my sun exposure sounds a lot like yours.

I’m in my 30s and spend most of my days inside at work. It’s been years since I spent my summers life guarding at the pool. Plus, as an adult I always wore sunscreen whenever I knew I was going to be outside for any length of time. So what happened? Why did I get malignant melanoma? And more important, how did I manage to detect it early when it really wasn’t a prominent concern on my health radar?

With red hair, blue eyes and my very fair skin I’ve always been susceptible to sunburns. It’s fair to say I only burn; my skin doesn’t tan. As a child my mom did a pretty good job of keeping me covered with a SPF 15 sunscreen. Despite her best efforts, I would still get badly burned at least once every summer. This frequency increased as I grew a little older and wearing sunscreen became my responsibility.

As a teenager and during my early college years, I worked as a lifeguard. At this time, society’s conventional wisdom about the sun was changing. I always wore a hat, applied sunscreen, and used the umbrella provided on the lifeguard chair. I rarely burned during the times I was in a swimsuit at a pool or beach. By all standards, I was protecting myself pretty well…or so I thought.

I failed to recognize the accumulated effect of everyday sun exposure. Mowing the lawn. Walking around outside. Playing a game of catch. I remember one instance I was stuck in traffic with the window rolled down – by the time I arrived at my destination, my left arm and face were burned.

Even if I took every precaution there was no way to undo the years of repetitive, blistered sunburns I had received throughout my childhood and teen years. For skin cancer, these are the most impressionable years. Fortunately, my dermatologist educated me on my level of risk for skin cancer.

As a teenager I wasn’t concerned with sunburns or moles. It was acne that motivated me to start seeing a dermatologist. It was a good thing I did. Over the years he gave me the information I needed to be proactive about watching my skin.

Eventually I did notice a small mole on my left arm above the elbow. It was very dark, had a strange shape and was different than the other moles on my body. I wasn’t seeing my dermatologist anymore, so I mentioned it to my primary care doctor. He took a “wait and see” approach. I didn’t question him; after all, in my mind he was the expert.

A few months later I had to go him for something else. The mole still concerned me so I mentioned it again. He offered to biopsy the mole if it would make me feel better.

A few days later a nurse called. I’ll never forget it. She sounded shocked, almost apologetic, and instructed me to call the doctor as soon as possible to, “discuss the results.” That afternoon I discovered I was diagnosed with malignant melanoma: the most deadly and worst type of skin cancer. I was 24.

We immediately scheduled surgery with a dermatologist to remove it. Removal was a snap. I was lucky because the mole was still small. Better news came with the later results – the surrounding skin tissue was clean and clear of cancer. It looked like my malignant melanoma was well-contained because I caught it when the mole was small.

1.    Education. I was aware of my own skin cancer risk level because of my previous interactions with a dermatologist. As skin specialists they are the best source of skin cancer education.
2.    Awareness.  Though I didn't think of it as a "monthly skin cancer self exam" at the time, I routinely checked for new moles and watched for changes in existing moles.
3.    Persistence. My skin cancer awareness gave me the confidence to repeatedly voice my concerns with my physician. When it comes to skin cancer, your best health advocate is you.

Today I am sun-aware all the time. Sunscreen is automatically part of my outdoor regime. I have two fair-skinned sons and make sure they are protected and learning the importance of being sun-aware. I regularly watch my moles (and my sons’ skin) for changes and visit the dermatologist at least once a year for a professional scan.