The Brain and Itch: Why It Feels So Good to Scratch 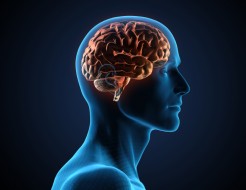 There are many causes of itchy skin, some resulting from unfortunate forays into poison ivy patches, assaults from pesky mosquitoes, or a chronic skin disease such as eczema (atopic dermatitis). Despite various causes, all can produce a similar sensation – an itch. Itch is hard to define, yet most would agree it is “that which produces the desire to scratch.”

The act of scratching not only provides relief from the itch, but it can also induce a pleasurable sensation. Think of your favorite four-legged friend who waits patiently for that scratch behind the ears or that nice belly rub. As we learn more about the science of neural pathways that carry “itch signals” from the skin to the brain, we are starting to understand just why it feels so good to scratch.

Stimuli on the skin, such as allergens or irritants, activate nerve endings in the outer layer of the skin (the epidermis). Specialized nerve fibers, called C fibers, relay signals related to pain and itch from the skin to the spinal cord. Once those signals are in the spinal cord, connections to other nerves carry them to the brain through the thalamus, where the signals are processed.

Recent studies have identified areas of the brain that are activated by itch-inducing stimuli, including those involved in motor control to initiate scratching. The somatosensory cortex helps to localize and determine the intensity of the itch. The prefrontal cortex, which contributes to decision making, is considered to be a key part of the “pleasure/reward” center. It has been observed that the release of the neurotransmitter dopamine stimulates this brain center to feel pleasure in “peak experiences,” such as from solving a difficult problem or having an orgasm. It is hypothesized that the perceived pleasure from stimulation of the prefrontal cortex may be related to addictive behavior in drug users, cigarette smokers, and perhaps even chronic “scratchers.”

We have a good understanding that scratching can beget more itching, so for some chronic skin diseases, part of the treatment goal is to break the “itch-scratch” cycle. By defining the neural circuitry behind the sensation of itch and understanding the pleasure underlying the scratch response, it is easy to see why scratching can become an addictive behavior. So go ahead, give your pet a good scratch to enjoy!